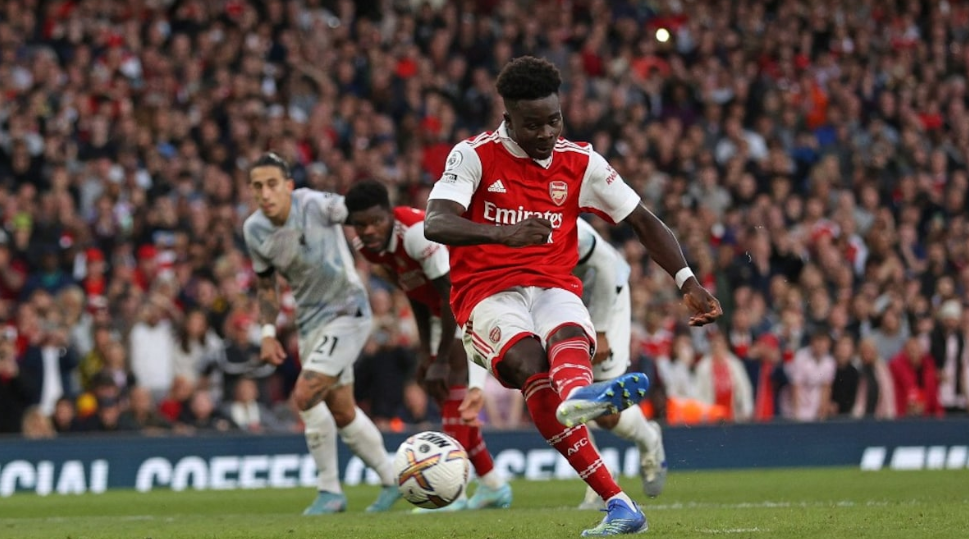 Arsenal returned to the top of the Premier League and plunged Liverpool's into turmoil as Bukayo Saka's double inspired a thrilling 3-2 win on Sunday. The Gunners took the lead inside the first minute through Gabriel Martinelli before Darwin Nunez equalised for Liverpool. Without a win in their last three league games, Jurgen Klopp's men are languishing 14 points behind Arsenal in 10th place. Sucker punch It was another brutal moment for Alexander-Arnold amid the raging debate about the Liverpool right-back's defensive flaws and the possibility he won't make England's World Cup squad. But, despite spending a long spell on the back foot after Nunez's goal, Arsenal regained the lead deep into stoppage-time with a devastating sucker punch. Source - NDTV