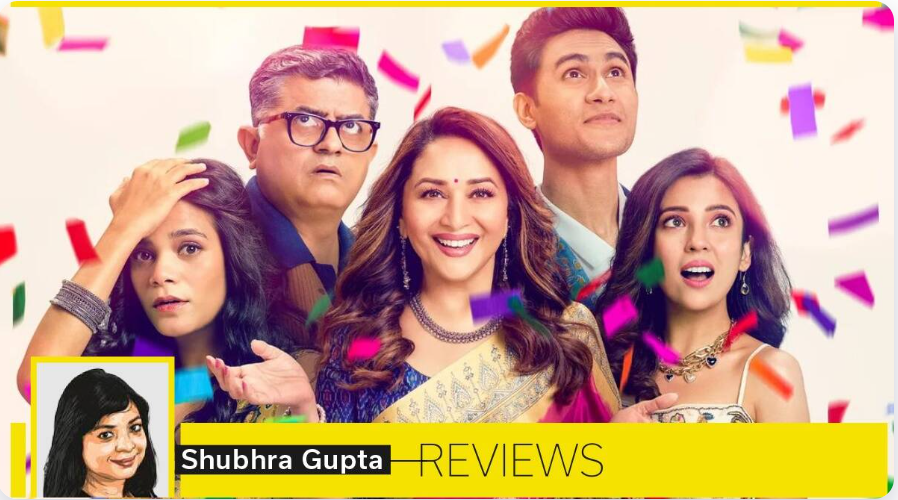 Maja Ma movie cast: Madhuri Dixit, Gajraj Rao, Rajit Kapur, Sheeba Chaddha, Ninad Kamat, Simone Singh, Ritwik Bhowmik, Shruti Shrivastava, Barkha Singh Maja Ma movie director: Anand Tiwari Maja Ma movie rating: 2 stars What does a long-married couple do when they discover that their years together have been based on a lie? Things start going askew when the parents of the bride, Bob and Pam Hansraj (Rajit Kapur and Sheeba Chaddha) arrive in India, armed with their deep prejudices and accents. The rumour takes root, and spreads like wildfire. As is a scrappy chat between three much-married but unhappy women about husbands who do not look, really look, at their wives, and about how the truth can set them free. By wanting to be brave and trying to keep it safe, the film becomes both confused and clunky. Advertisement Some of the performances are better than the film. Source - The Indian Express #majama #moviereview #bollywood