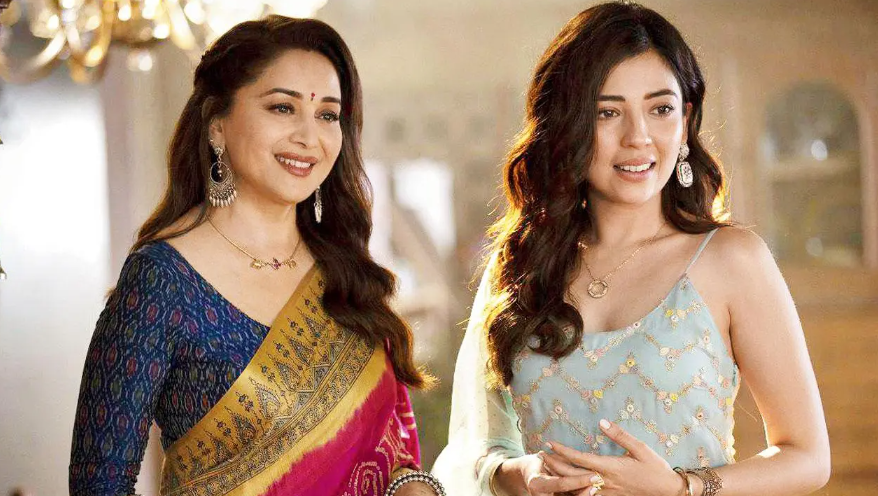 Barkha Singh: Most homemakers struggle to find themselves

Sharing screen space with Madhuri in Maja Ma, Barkha on how the film’s theme of a woman carving her identity drew her to the project Madhuri Dixit-Nene and Barkha Singh in the film Only months after she played the rich brat in the second season of Masaba Masaba, Barkha Singh slips into the role of a millionaire’s daughter in Maja Ma. When we go out and work, we have an identity. But most homemakers in our country struggle to find themselves. In the end, we let the audience decide whether it is wrong or right.” I would also like to play a cop someday, mainly because it goes against my image,” she smiles. Source: Mid-day #BarkhaSingh #MajaMa