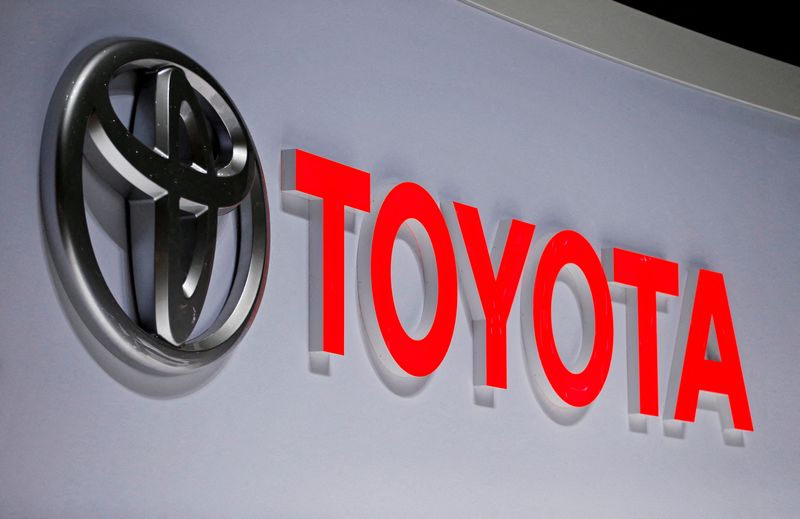 Toyota global vehicle output rises 44.3% in Aug to record for month By Reuters

A Toyota logo is displayed at the 89th Geneva International Motor Show in Geneva, Switzerland March 5, 2019. REUTERS/Pierre Albouy/ TOKYO (Reuters) -Toyota Motor Corp said on Thursday its global vehicle production grew at a record pace for the month of August, as the sector recovered from the COVID-19 pandemic and production capacity increased, mainly overseas. The announcement offers a bit of relief for the Japanese automaker, which has been under scrutiny over whether it can stick to its annual production target of 9.7 million vehicles, even as China dials back pandemic restrictions and chip shortages are showing some signs of easing. Output increased mainly overseas, with domestic production up 5.6% year-on-year and overseas production jumping by 65.1% from a year ago, also a record rise for the month of August. Its U.S. sales, on the other hand, fell 9.8% last month. Source: Investing.com #Toyota