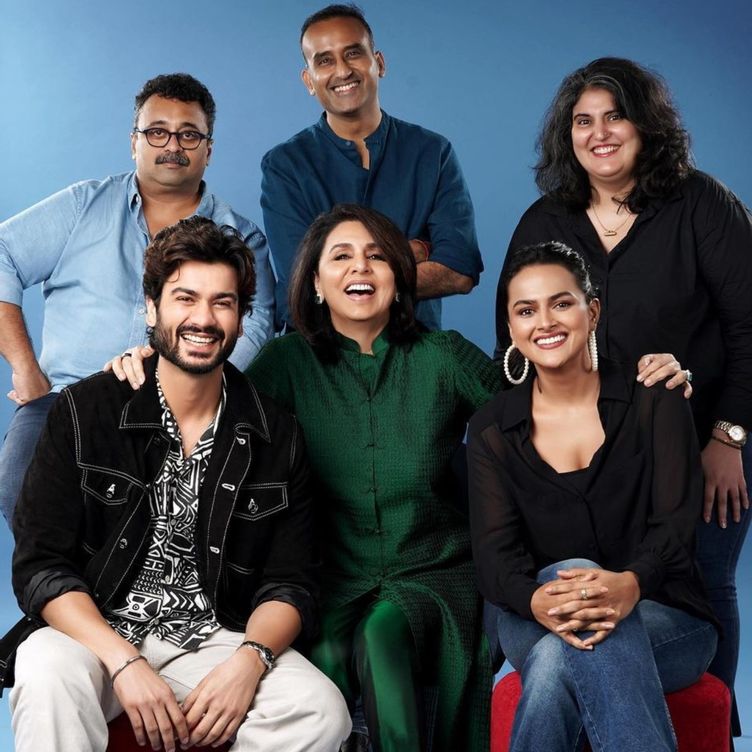 New Delhi [India], September 24 (ANI): Bollywood actors Neetu Kapoor and Sunny Kaushal, on Friday, kick-started the preparations for their upcoming film 'Letters to Mr Khanna.' Taking to Instagram, Neetu Kapoor shared a picture on her story which she captioned, " Shubah Aarambh," followed by joined-hand emoticons. Also Read | World Bollywood Day 2022: 5 Interesting Trivia About the Hindi Film Industry That Are Must-Read!. It is being made under Lionsgate India Studios. Meanwhile, Neetu was recently seen in 'Jug Jugg Jeeyo' alongside Varun Dhawan, Anil Kapoor and Kiara Advani and the film received positive responses from the audience. The film will stream exclusively on Netflix. Source: Latestly.com