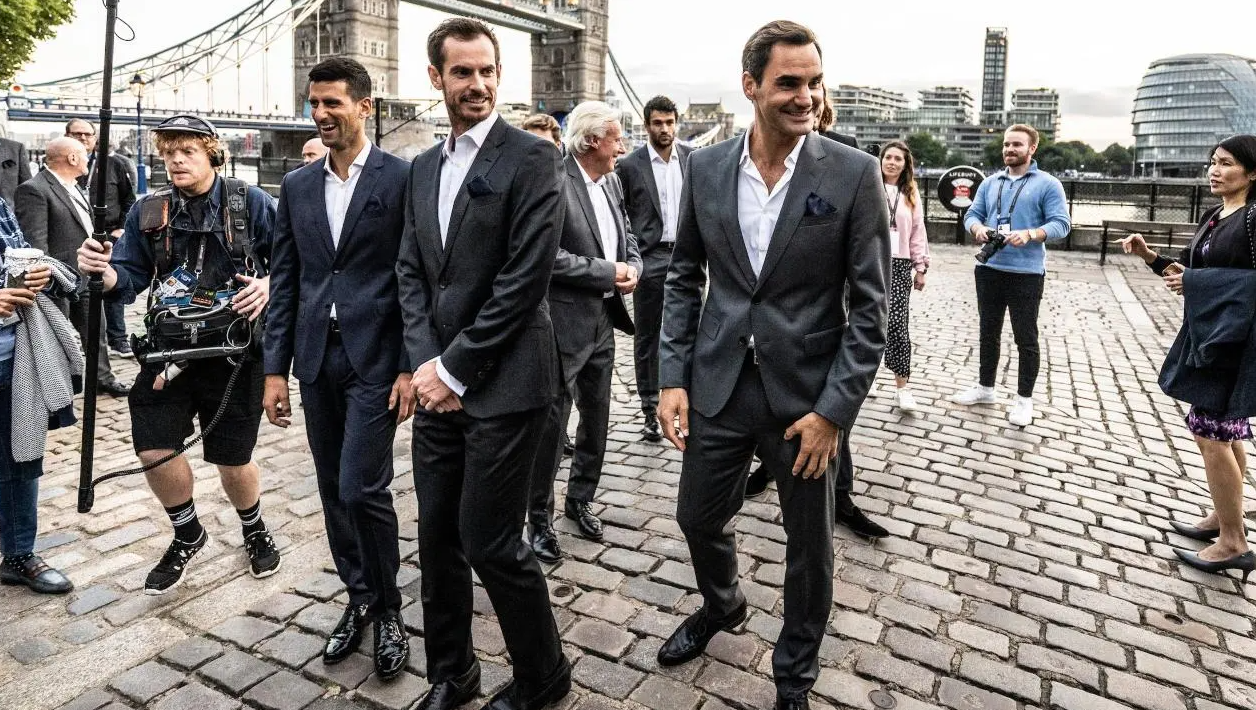 The stars of the 2022 Laver Cup, including Roger Federer, Novak Djokovic and Andy Murray, dressed up for a group photo of the event on Wednesday, meeting near Tower Bridge and the Tower of London before the start of Friday's match at the O2 Arena. . Roger Federer, Novak Djokovic and Andy Murray were among the players who boarded a boat on the Thames before performing in front of the British icon ahead of the tournament. Federer and Murray shared a laugh before heading to the Tower of London. Federer posted a photo on Twitter with Djokovic, Andy Murray, Casper Rudd, "Ready to take on the World @CasperRuud98, @andy_murray, @DjokerNole, @cam_norrie, @steftsitsipas." The event, which sees Team Europe take on Team World in a mix of singles and doubles, was founded by Federer in 2017 and named after Rod Laver. The Aussie, who has won 11 major titles, joined the crew for a photo shoot, which is below on the boat as it passes the O2. Casper Ruud, Rafael Nadal, Stefanos Tsitsipas, Djokovic, Murray, Federer and substitute Matteo Berrettini will represent the European team at the O2, led by Bjorn Borg. Captain John McEnroe will be looking to lead Team World to their first win over Team Europe. Felix Auger-Aliassime, Taylor Fritz, Diego Schwartzman, Alex de Minaur, Frances Tiafoe, Jack Sock and substitute Tommy Paul are his team. Before the serious business started in London on Friday, the players and captains joked and played games while traveling in London. Borg, head of Team Europe, Enqvist, deputy head of Team Europe and Ruud of Team Europe took a selfie by the Thames. 20-time Grand Slam singles champion Roger Federer announced his retirement from professional tennis on September 15, saying the Laver Cup would be his last event on the ATP tour. The 41-year-old has not played since Wimbledon 2021 after which he underwent a third knee surgery. Source: Mid-Day #RogerFederer #NovakDjokovic