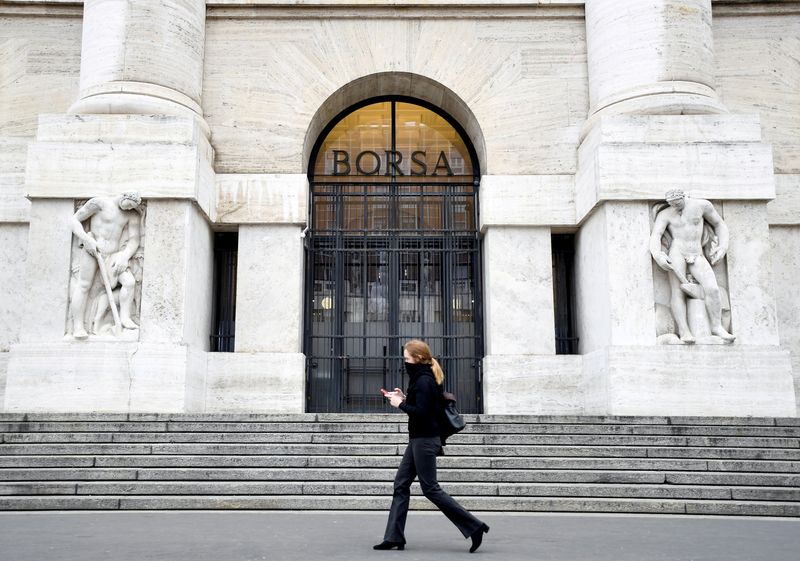 MILAN (Reuters) - Italy's right-wing bloc looks set to win a majority in both houses of parliament in next Sunday's election, at a time when soaring energy prices and rising interest rates create growing challenges for the highly-indebted state. Giorgia Meloni, leader of the nationalist Brothers of Italy, is seen as frontrunner to become Italy's first female prime minister. She has said the rightist bloc will respect European Union budget rules but has called for reforms. The absence of anti-euro rhetoric seen in the 2018 election has reassured investors, for now. "In the short term we are reassured, but this is the short term," said OFI Asset Management portfolio manager Charles Haddad. Here are five key questions for markets. 1/ How will markets react to a win for the right? Near-term reaction could be muted since a centre-right win is anticipated. At around 225 basis points, the closely watched gap between 10-year Italian and German bond yields has been relatively stable. Mind the gap https://graphics.reuters.com/ITALY-POLITICS/lgpdwdgrmvo/chart.png But pressure on bonds could build as focus shifts to budget policy in 2023. While Meloni has talked about abiding by EU budget rules, concern about a potential clash could grow if right-wing parties push for fewer taxes and higher pension spending. And if the right wins a two-thirds majority in both houses of parliament the constitution could be changed without a referendum. That would cause some angst since the constitution protects issues related to Italy's EU membership. Any new government will have little room for rolling back reforms or pursuing "unorthodox" economic policies because of political and market constraints, Scope Ratings warned in a recent report. Source: Investing.com #Italy