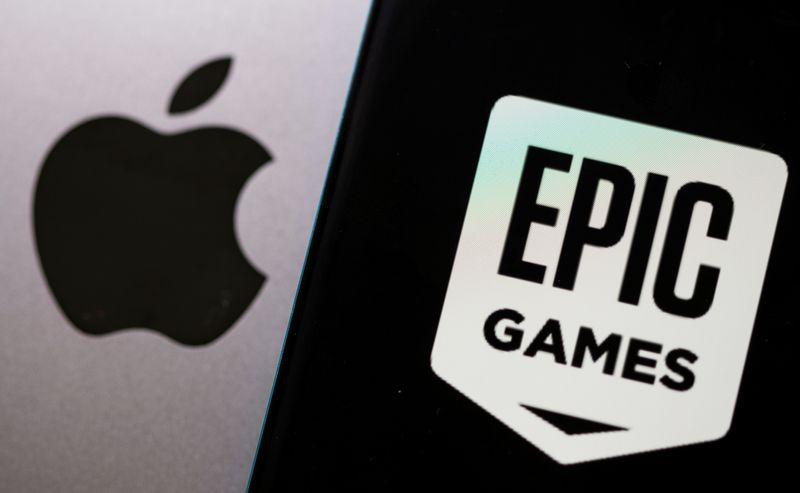 By Stephen Nellis (Reuters) - Officials from the U.S. Department of Justice have asked to take part in oral arguments next month in "Fortnite" creator Epic Games' appeal of a court loss against Apple Inc (NASDAQ:AAPL), according to court documents filed Friday. Epic sued Apple in 2020 claiming that the iPhone maker violated antitrust laws with its App Store rules, which require developers to pay commissions to Apple of up to 30% of in-app purchases. Apple emerged mostly victorious, allowing its commissions to stand. At the time of the trial, antitrust experts had said https://www.reuters.com/business/media-telecom/apple-versus-epic-games-courtroom-battle-is-only-half-fight-2021-05-02 that loss for Epic could close off legal avenues for the Justice Department, which has been probing Apple since 2019, to bring an antitrust complaint. Epic appealed its loss, with oral arguments set for Oct. 21 at the U.S. Ninth Circuit Court of Appeals, where both Apple and Epic will have 20 minutes each to make their respective cases. In January, the Justice Department entered the case by filing a brief. Antitrust officials said they did not support either side in the disputes at hand but were concerned that the lower court's ruling had improperly interpreted the Sherman Act, the country's primary antitrust law. On Friday, U.S. officials asked for 10 minutes of argument time. "The United States believes that its participation at oral argument would be helpful to the court, especially in explaining how the errors (in antitrust law interpretation) could significantly harm antitrust enforcement beyond the specific context of this case," the Justice Department wrote in the filing. Neither Epic nor Apple opposed the move, though Apple wants the regulators' argument time to come out of Epic's time or to be granted additional time. Source: Investing.com #Apple