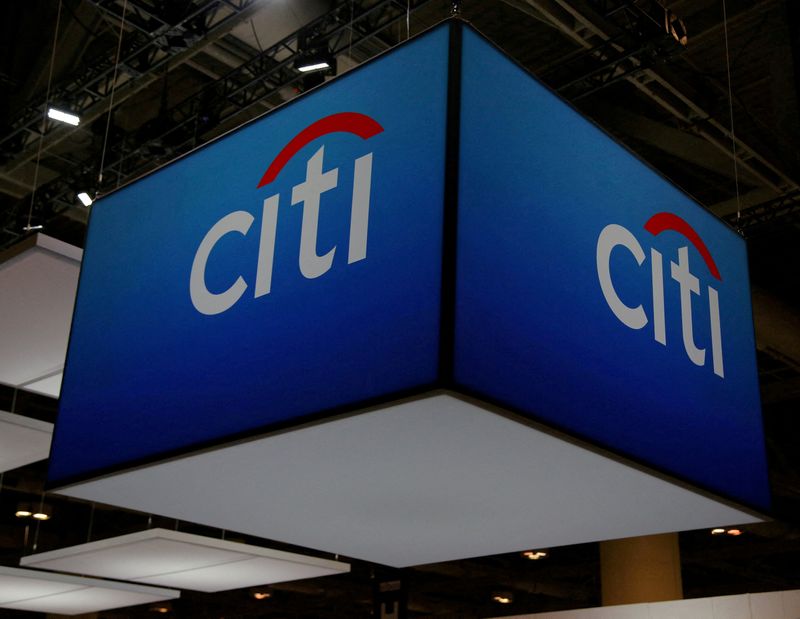 By Saeed Azhar and Pete Schroeder NEW YORK (Reuters) -Citigroup has submitted a comprehensive multiyear plan to the Federal Reserve and the Office of the Comptroller of the Currency outlining steps to fix weaknesses in its risk management and internal controls, two sources familiar with matter said. The plan, which was given to regulators this week, aims to address a 2020 directive from the Fed demanding that the bank correct several "longstanding deficiencies" in its internal controls. The Office of the Comptroller of the Currency (OCC) imposed a $400 million fine on Citi in 2020, citing similar concerns. The document lays out a multiyear roadmap to rectify problems by the end of 2027 or early 2028, the sources told Reuters. The program includes more detailed steps that the bank will take in the year ahead as it prioritizes fixing its highest risk areas, one of the people said. The plan outlines how Citi aims to improve its risk infrastructure, data quality and internal governance, the two sources said. The Wall Street Journal reported earlier this week that Citigroup (NYSE:C) was due to submit the plan on Thursday. Reuters is reporting on its submission, expected length and other details that have not previously been revealed. About 30,000 people, or 13% of the bank's 231,000 employees, are working on the improvements, one of the people said. It has also sought help from outside consultants, the people said. Citi hopes to make substantial progress to fix its compliance weaknesses faster than is outlined in the plan, potentially allowing it to get out of the penalty box more quickly, the people said. The Fed declined to comment. The OCC did not immediately respond to a Reuters request for comment. Citigroup said it has invested significant time and resources into its transformation efforts over the last two years, laying the groundwork for faster and better execution, according to a spokesperson. "We have taken decisive actions to simplify our firm and we will continue to act with urgency to modernize the bank for the digital age and strengthen our risk and control environment," the company said in a statement. "We are completely committed to the sustainability of this effort and to executing at the level expected of us.” The 2020 Fed consent order does not specifically bar the bank from doing any particular businesses, but the OCC requires the bank to seek its permission before making significant new acquisitions. Source: Investing.com #Citigroup