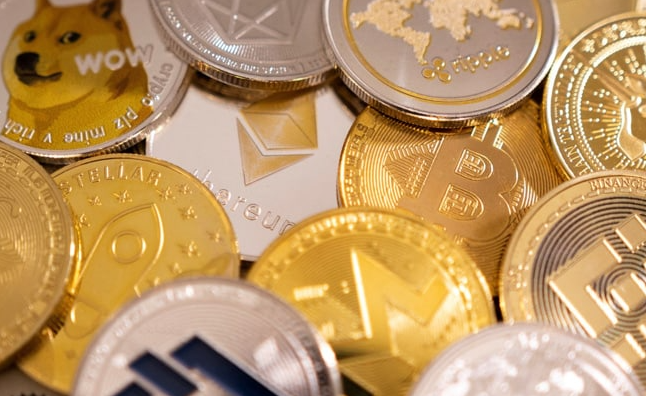 Crypto Projects Disrupted On Costs After US Watchdog's New Guidelines

Washington: Banks' cryptocurrency projects have been upended by U.S. Securities and Exchange Commission (SEC) accounting guidance that would make it too capital-intensive for lenders to hold crypto tokens on behalf of clients, according to more than half a dozen people with knowledge of the matter. A slew of lenders including U.S. Bancorp, Goldman Sachs Group Inc, JPMorgan Chase & Co, BNY Mellon, Wells Fargo & Co, Deutsche Bank, BNP Paribas and State Street Corp offer or are working on crypto products and services for clients in a bid to tap in to the $1 trillion crypto market, according to their public statements and media reports. But on March 31, the SEC said public companies that hold crypto assets on behalf of clients or others must account for them as liabilities on their balance sheets due to their technological, legal and regulatory risks. While the guidance applies to all public companies, it is especially problematic for banks because their strict capital rules, overseen by bank regulators, require them to hold cash against balance sheet liabilities. The SEC did not consult the banking regulators when issuing the guidance, according to four of the people. The SEC's move complicates banks' efforts to jump on the digital asset bandwagon, and could keep them on the sidelines even as they report increased demand from clients looking to access the burgeoning market. "This has thrown a huge wrench in the mix," one of the sources said. Lenders building out crypto offerings have had "to cease moving forward with those plans pending any kind of further action from the SEC and the banking regulatory agencies," they added. Custody banks State Street and BNY Mellon, which have been building digital asset offerings, are among those whose projects have been disrupted, according to three people with knowledge of the matter. While the accounting guidance does not stop State Street from offering crypto custody services, it would make doing so uneconomical, said Nadine Chakar, head of State Street Digital. "We do have an issue with the premise of doing that, because these are not our assets. This should not be on our balance sheet," said Chakar. A spokesperson for BNY Mellon declined to comment on the status of its crypto custody project. "BNY Mellon believes digital assets are here to stay, and increasingly becoming part of the mainstream of finance," he added. Source: NDTV #Crypto