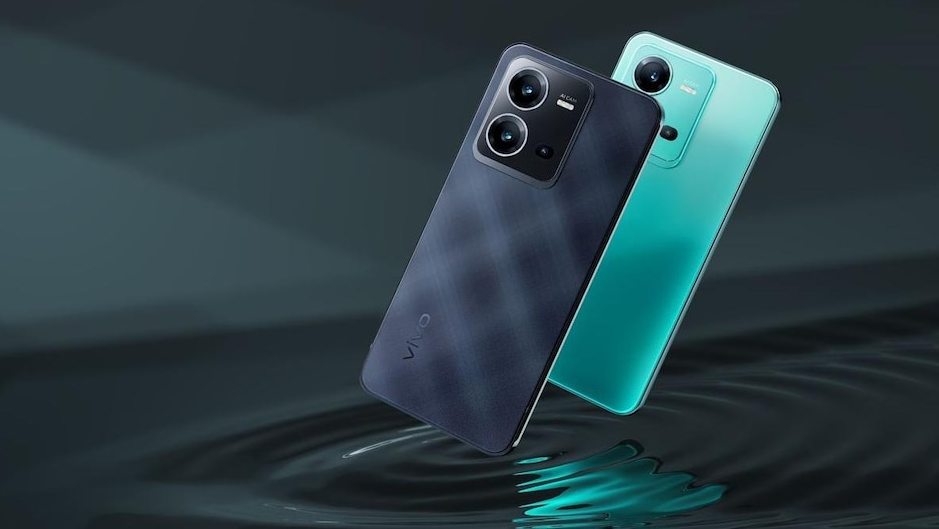 Vivo V25 launched in India with colour-changing back panel: Price, specs and other details

The Vivo V25 has now launched in India, just a few weeks after the launch of the Vivo V25 Pro. The new version is also a camera centric smartphone just like the Pro model. The 5G phone has a design similar to the Vivo V25 Pro and you are getting colour-changing glass back panel on the standard model. The Pro model was introduced under Rs 40,000, but Vivo has now announced a more affordable version for those who can't spend more than Rs 30,000. The handset will be sold in blue and black colours via Flipkart. Here's everything you need to know about the latest 5G Vivo phone. The Vivo V25 comes with a starting price of Rs 27,999 for the 8GB RAM + 128GB storage. There is also the 12GB RAM + 256GB storage configuration that will cost you Rs 31,999. It will also be available be for purchase through offline stores, including Reliance Digital, Croma, and more. Those who are pre-booking the smartphone will be able to avail 10 percent of cashback on ICICI bank or SBI bank cards. As for the features, the newly launched Vivo V25 smartphone features a waterdrop-style notched display design which is something that we only see on budget phones. It packs a 6.44-inch screen that operates at Full HD+ resolution. This is an AMOLED screen that refreshes at 90Hz. It is powered by a MediaTek Dimensity 900 SoC, which is found inside several mid-range phones like OnePlus Nord CE 2. It is backed by up to 12GB RAM and up to 256GB storage. The device ships with Android 12 OS out of the box, instead of Android 13. There is an in-display fingerprint sensor for biometric authentication. For photography, there is a triple rear camera setup, including a 64-megapixel primary sensor with f/1.79 aperture, an 8-megapixel ultra-wide-angle camera, and a 2-megapixel macro sensor. The camera app includes features like night mode, portrait, slow motion, time-lapse, vlog movie, and dual view. On the front is a 50-megapixel sensor for selfies and video chats. Source: BusinessToday