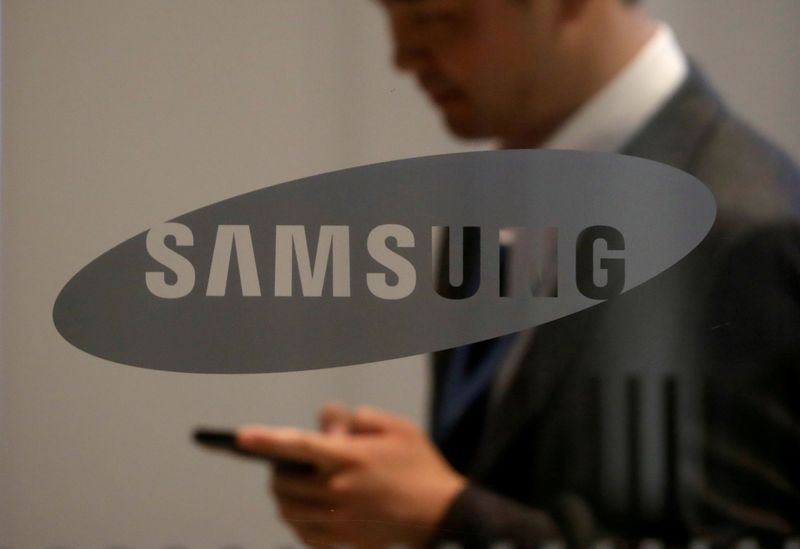 By Joyce Lee SEOUL (Reuters) - Samsung Electronics (OTC:SSNLF) will invest over 7 trillion won ($5.02 billion) by 2030 as part of sweeping environmental initiatives aimed at making the company carbon neutral by 2050, the world's largest chip and mobile maker said on Thursday. The tech giant will spend the money on research and development for technology aimed at filtering out greenhouse gases and capturing carbon dioxide generated during chip production, and is seeking to make its devices business carbon neutral earlier, by 2030, said Kim Soo-jin, Samsung (KS:005930)'s head of ESG strategy group. It also plans to boost the recycling of resources such as lithium and plastic. "These activities are to eventually meet demand from our customers ... so that we raise interest in our products," said Kim. "There are costs, but we will try to forge a business opportunity." Samsung said it joined a group of global corporations committed to 100% renewable energy called RE100, following in the footsteps of global peers such as Apple (NASDAQ:AAPL), TSMC, and Intel (NASDAQ:INTC). South Korea also aims to achieve net zero emissions by 2050 but this is challenging for a country with significant heavy industry including shipbuilding and steel, analysts say. The country relies on coal and gas for over 60% of its electricity generation, while reneweables are only used for 6% of its electricity output, according to industry ministry data. For Samsung's chip plants and other manufacturers in South Korea, stable and affordable energy is key for competitiveness, but advances in renewable energy have been too slow to meet these criteria so far, according to analysts. "We are a company that manufactures directly... so there are various, layered challenges," said Kim. Samsung's customers and investors, with their own carbon neutral goals, have long called for clearer environmental targets from Samsung. "While its carbon emission number continues to rise, Samsung Electronics had delayed making a clear commitment (on) how to meaningfully reduce carbon emissions. This has been a growing concern for long-term investors," said Yoo-Kyung Park, head of responsible investment and governance for the Asia Pacific region at APG Asset Management, a Samsung shareholder. The chips and components business accounted for 15.6 million or 90% of the 17.4 million tonnes of greenhouse gases Samsung Electronics emitted in 2021, the company said, while its devices businesses, including mobile, accounted for 10%. Source: Investing.com #Samsung