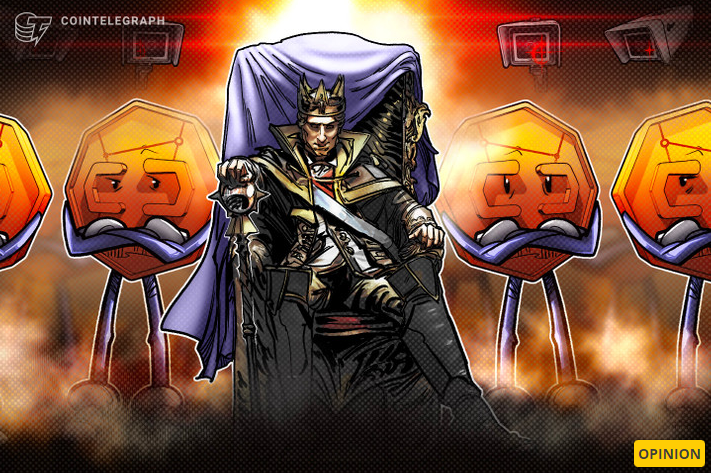 Cryptocurrency is picking up as an instrument for tyranny

Proponents paint Bitcoin (BTC) and other cryptocurrencies as antidotes to totalitarian governments and central banks. Simultaneously, international corporations and startups alike have designed blockchain platforms and products that could be used on behalf of totalitarian governments and central banks. Microsoft body activity data One example is Microsoft, which applied for a patent for a cryptocurrency system using body activity data. As part of the cryptocurrency mining process, the cryptocurrency system gives a task to your device, instructing you to complete a “human body activity.” A sensor in the user’s device registers the body activity, and then the cryptocurrency system rewards the user. “The sensed body activity is associated with the received task and transmits the generated body activity data to a system or network, which verifies the body activity data to award cryptocurrency.” It’s reminiscent of the Justin Timberlake movie In Time, where a future society uses time from one’s lifespan as its primary currency, with each individual possessing a clock on their arm that counts down how long they have to live. When the clock hits zero, they’re dead. SmartKey Olsztyn, Poland leveraged the Ethereum blockchain to run a trial of SmartKey, a bridging technology that connects blockchain technology to the lock to your home, for example. They say it’s to “aid in police, fire, and ambulance services” (read: for your safety). SmartKey allows emergency crews to enter any building in the city without needing to find the keyholder or wait for permission. “The need for our rescue services to perform their duties without obstruction is a delicate one. The use of blockchain and SmartKey technology seems to be like the perfect solution, giving reassurance to building owners and inhabitants, but also freedom for our emergency services,” according to Gustaw Marek Brzezin, the marshall of the Warmińsko-Mazurskie Voivodeship in which Olsztyn is located. As any student of political science knows, the bedrock of any constitution is the freedom for our emergency services! Central bank digital currency (CBDC) The European Central Bank (ECB) noted in a white paper that it would be possible to track every single CBDC transaction in a nation. All transactions under such a regime would be known to the central bank and anyone with whom the bank chooses to share information. Source: Cointelegraph #Cryptocurrency