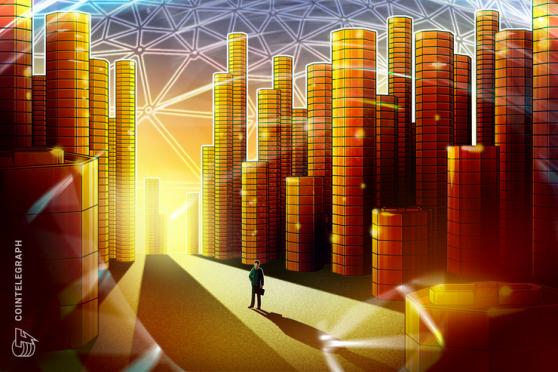 Tokenization of illiquid assets to reach $16T by 2030 — Report

The total size of tokenized illiquid assets, including real estate and natural resources could reach $16.1 trillion by 2030, according to the Boston Consulting Group (BCG). In a newly released report from BCG and digital exchange for private markets ADDX, authors including BCG managing director Sumit Kumar and ADDX co-founder Darius Liu noted that “a large chunk of the world’s wealth today is locked in illiquid assets.” According to the report, illiquid assets include pre-IPO stocks, real estate, private debt, revenues from small and medium businesses, physical art, exotic beverages, private funds, wholesale bonds, and many more. Reasons for this asset illiquidity are attributed to factors such as limited affordability for mass investors, lack of wealth manager expertise, limited access — such as when assets are restricted to elite cliques (in the case of fine art and vintage cars), regulatory hurdles, and other scenarios in which users have difficulty acquiring or trading an asset. On-chain asset tokenization could solve this problem, a market that surpassed $2.3 billion in 2021 and is expected to reach $5.6 billion by 2026, as per the report. The authors added that in just the last two years, global digital asset daily trading volume has soared from 30 billion euros in 2020 to 150 billion euros in 2022, noting that it "is still minuscule in comparison to the total potential of illiquid tokenizable assets in the world.” By 2030, the authors forecast the on-chain asset tokenization opportunity to reach $16.1 trillion — made up largely of financial assets (such as insurance policies, pensions, and alternative investments), home equity, and other tokenizable assets, such as infrastructure projects, car fleets, and patents. The authors also noted that this was a “highly-conservative forecast” and that in a best-case scenario, the tokenization of global illiquid assets could reach $68 trillion. However, the potential of tokenized assets will differ across countries due to various regulatory frameworks and asset class sizes. In Singapore, the Monetary Authority recently launched the Project Guardian, a blockchain-based asset tokenization pilot that will explore decentralized finance (DeFi) applications in wholesale funding markets by establishing a liquidity pool of tokenized bonds and deposits to execute borrowing and lending processes on-chain. In addition to Singapore, tokens issuance is regulated in Hong Kong, Japan, the European Union, the United Kingdom, the United States, the United Arab Emirates, Germany, Austria, and Switzerland. Source: Cointelegraph