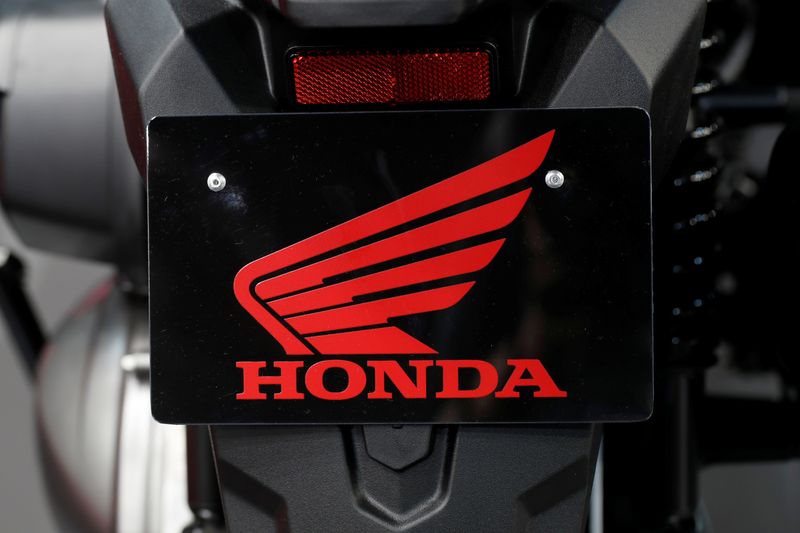 TOKYO (Reuters) -Honda Motor Co plans to launch more than 10 electric motorcycle models globally in the next three years, it said on Tuesday, part of the Japanese manufacturer's aim to achieve carbon neutrality for motorcycles by the 2040s. Honda, which dominates the global motorcycle business, faces challenges in shifting to electric, with motorcycles wildly popular in developing economies. The move to electric may mean heavier vehicles and higher prices, it said, raising barriers to entry for developing market consumers. Honda said in a release it aims to introduce more than 10 new electric models by 2025 and is targeting annual sales of 1 million electric motorcycles within the next five years. It also plans to sell 3.5 million electric motorcycles annually, or around 15% of total sales, by 2030. It added it will equip its electric motorcycles with all-solid-state batteries, which are currently under development. Along with the push to electric, it said it would not end production for internal combustion engines in its motorcycles. Instead, it was working on reducing emissions from engines and introducing models compatible with carbon-neutral fuels such as gasoline-ethanol blends. Source: Investing.com #Honda