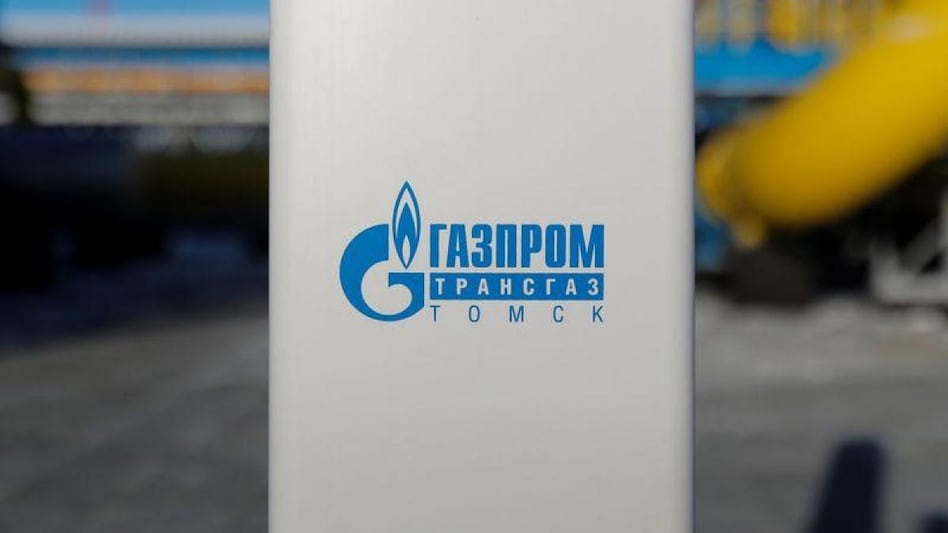 A former unit of Russia's Gazprom is paying a 'meagre' penalty for the liquefied natural gas (LNG) cargoes it had failed to deliver to India since early June to absolve itself of all contractual liabilities, a top government official said. Gazprom Marketing and Trading Singapore (GMTS), under a long-term 20-year contract, was to supply 2.5 million tonne of LNG to state-owned GAIL (India) Ltd this year. But it has not supplied any cargo or shipload of LNG since early June. "The contract provides for a penalty of 20 per cent of the agreed price in case of a default by the supplier. GMTS is paying that penalty to absolve itself of all contractual liabilities," the official, who wished not to be identified, said. The price of LNG under the long-term contract comes to USD 12-14 per million British thermal unit and GMTS is paying 20 per cent of this for the default, he said. "LNG in spot market is being sold at triple the long-term price and so anyone would be happy to pay the meagre penalty and yet make a huge profit," the official said. PTI had first reported on the GMTS default on July 19. With alternative supplies costing at least three times the price of GMTS shipments, GAIL has reduced supply to users by about 10 per cent and is exploring options to advance some of the US supplies. GAIL had in 2012 signed a 20-year deal with Russia's Gazprom to buy 2.85 million tonne of LNG. Supplies started in 2018 and the full volume was to reach in 2023. GMTS had signed the deal on behalf of Gazprom. GMTS was moved to Gazprom Germania and in early April, Gazprom gave up the ownership of the German unit without giving a reason and placed parts of it under Russian sanctions. As per the deal, GMTS was to supply LNG to GAIL from its portfolio of production. But the Russian sanctions mean it cannot source LNG from Russia. Under the long-term deal, GMTS was to supply 2.5 million tonne or a minimum of 36 cargoes of LNG to GAIL during the calendar year 2022. GAIL received one cargo of LNG in June and nothing after that. "They are stating that because they have to secure supply for Europe, they are not certain about supplying (LNG to us) under this contract," the official said. Source: BusinessToday #Gazprom