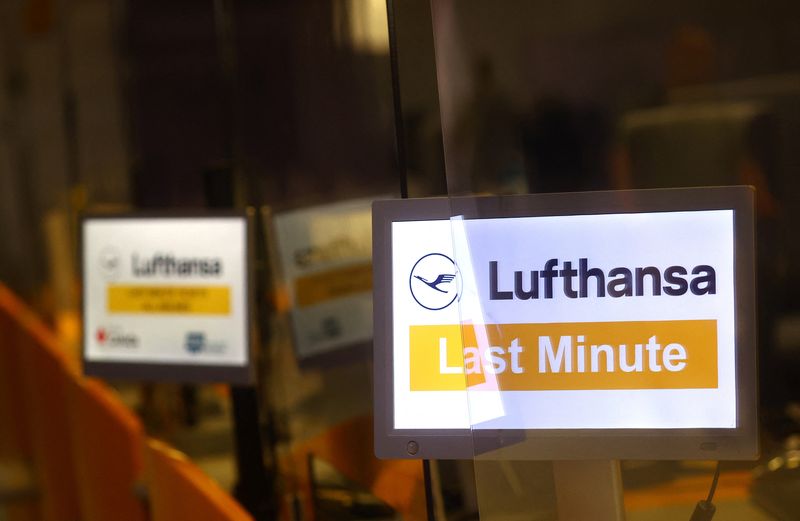 FRANKFURT (Reuters) -German pilots at flagship carrier Lufthansa have agreed not to strike until mid-2023 under an initial wage dispute agreement that includes a 980-euro ($998.23) pay rise, both sides said on Monday. During the truce period, which runs until June 30 next year, the union and the company aim to expand the deal into a broader agreement, Lufthansa said. Under the initial agreement, cockpit crews are to receive an increase in their basic monthly pay of 490 euros each in two stages, with retroactive effect from 1 August 2022, and as of 1 April 2023, VC said. "The collective agreements are still open, but the points to be negotiated can now be discussed in a confidential setting," Matthias Baier, VC spokesman, said in a statement. A pilots' strike at Lufthansa on Sept. 2 forced the cancellation of hundreds of flights, further plaguing a summer of travel chaos. Strikes and staff shortages have already forced several airlines, including Lufthansa, to cancel thousands of flights this summer, leading to long queues at major airports and frustrating people keen to start travelling again after COVID-19 lockdowns. Source: Investing.com #Lufthansa