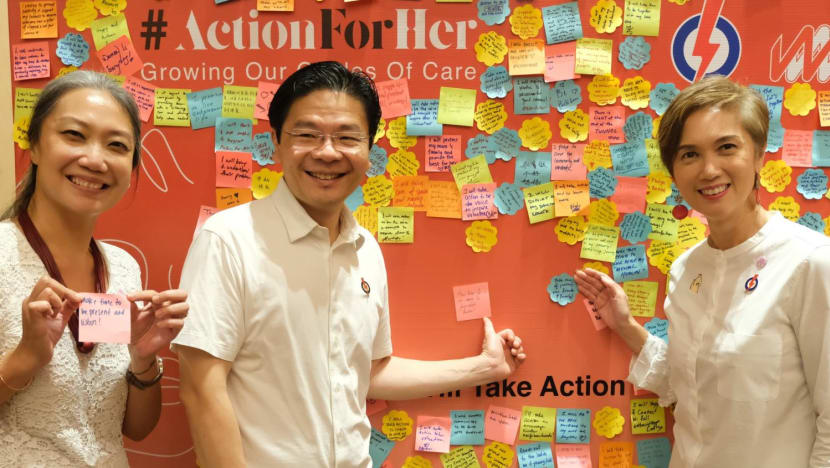 Progress made in women’s development but more can be done to tackle gender gaps: Lawrence Wong

SINGAPORE: While Singapore has achieved progress in women’s development, “persistent and insidious” gender gaps still exist in society and there remains “much scope for improvement”, Deputy Prime Minister Lawrence Wong said on Saturday (Sep 10). Noting that women now get equal education opportunities as men and are taking up leadership roles in both the public and private sectors, he said: “We have made progress and we should be proud of the progress we have made, but we should also recognise that the situation is not perfect.” Speaking at the annual conference for the People’s Action Party (PAP) Women’s Wing, Mr Wong, who is also Finance Minister, pointed to gender stereotypes as one major challenge. “There are, of course, differences between men and women. It’s deeply rooted in human nature and human physiology, and we see these differences expressed in almost every area of life,” he said. “These differences should be affirmed and celebrated … But sometimes, the differences can lead to unhelpful stereotypes and labels, especially when they are reinforced by cultural and popular media.” He noted how stereotypes entrench certain mindsets about women and how they are judged, such as women being seen as less inclined to take risks and hence not being able to be effective leaders. They also risk forming self-fulfilling prophecies that inhibit and dissuade women from making their voices heard or making career choices they are entitled to. Beyond work, the stereotype of women being inherently more nurturing than men due to maternal instincts “can be unhelpful if taken to an extreme”, Mr Wong added. “Because the man will say ‘There you go, you’re so good at it. So in the interest of division of labor, why not you spend more time caring for the children and families, while I focus on my career?’ Source: CNA #womendevelopment