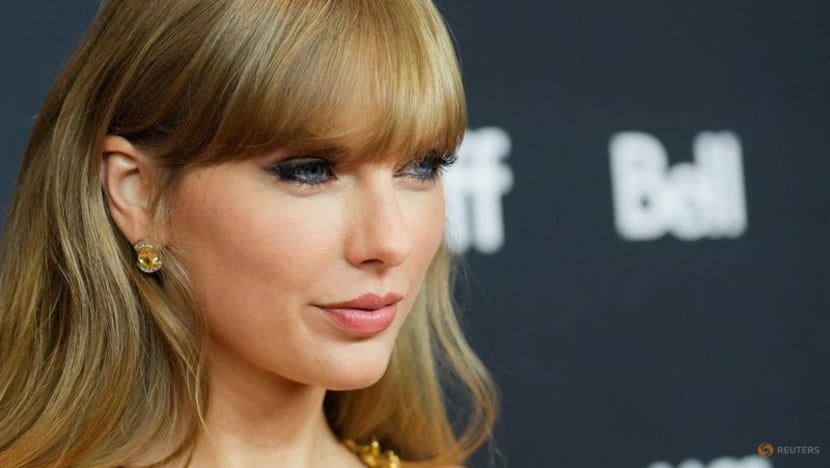 TORONTO : Movies, even those half a century old, influence Taylor Swift's song writing and music video direction, the star said on Friday. Taking the stage at the Toronto International Film Festival to discuss the inspirations behind the short film she created for her hit song "All Too Well (Taylor’s Version)," she cited early 1970s Hollywood among others. The apartment of Barbra Streisand’s character, Katie, in "The Way We Were" from 1973, inspired how Swift shared the personalities of the characters in her 10-minute film, she said. The lighting was inspired by the 1970 tearjerker romance "Love Story." "When I think of that film, I think of autumn and I was trying to establish that in the earlier parts of the film,” Swift said during a discussion with festival CEO Cameron Bailey. When protagonists Sadie Sink and Dylan O’Brien are falling in love, Swift wanted it to feel warmer and used the lighting to help signify to the viewer what they were meant to feel as an audience. When they were in the apartment, fighting, she wanted it to feel cooler. At the end it was combination of both, Swift said. "She is still herself but she has been changed by this experience," and the lighting reflects that, Swift said. Her music video "The Man" was an homage to "The Wolf of Wall Street," while "Bad Blood" tips its hat to the spy thriller genre, she said. "All Too Well: A Short Film" premiered in 35mm film at the Toronto festival. "I feel like watching it in 35mm there is a depth, there’s a contrast," Swift said. "It’s a different experience." People across social media complained about the difficulty behind getting tickets to one of the most coveted events at the festival. "I tried so hard to get tickets and they were impossible to get, so I thought, 'Let’s camp out at 5 a.m.,'" said Emily Zeppieri, 24, who drove to Toronto from Whitby, Ontario, and had to leave her house at 3:45 a.m. Source: CNA #TaylorSwift