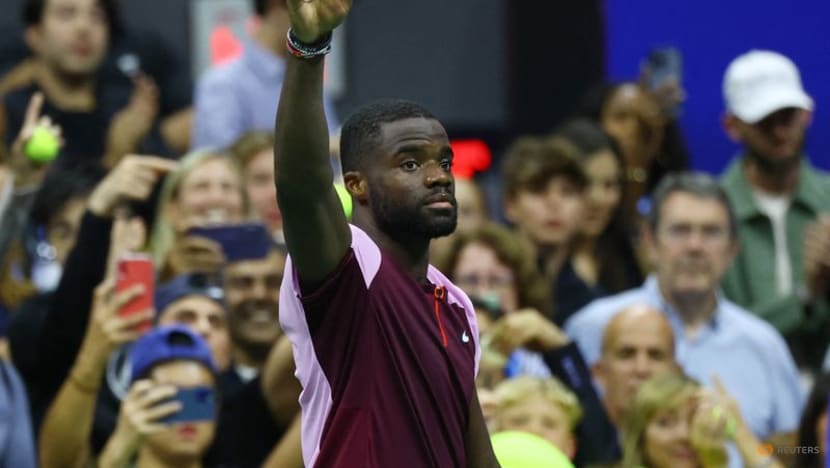 NEW YORK: Frances Tiafoe came up short in his quest for a US Open title but he walks out of Flushing Meadows having boosted hope for the future of American men's tennis after reaching the semi-final. The United States have not produced a men's Grand Slam winner for nearly two decades after Andy Roddick hoisted a trophy at the US Open, a stunning reversal of fortune since the golden years of Sampras and Agassi. But Tiafoe offered American fans a rare glimmer of hope this year as he delivered one thrilling performance after another, including a fourth-round stunner over Rafa Nadal, to become the first American man to reach a major semi-final since John Isner did at Wimbledon four years ago. With his country's aspirations heaped on his shoulders - and former first lady Michelle Obama watching from the stands - he lost 6-7(6) 6-3 6-1 6-7(5) 6-3 to Spanish powerhouse Carlos Alcaraz but was given a hero's ovation inside Arthur Ashe Stadium for his efforts. "I'm gonna come back and I will win this thing one day," he promised the crowd. US fans will certainly hope so. From 25 men in the main US Open singles draw in 1995 to a mere dozen in 2014, the United States' muted impact at the majors has been a source of consternation, even as the women thrived with 23-times Grand Slam winner Serena Williams leading the way. Surely, the dominance of tennis' "Big Three" - Roger Federer, Novak Djokovic and Rafa Nadal - played a part. But the dire state of affairs was underscored in 2013 when no American man made it to the third round at Wimbledon for the first time in more than a century. The US Tennis Association (USTA) set in motion a dramatic expansion of its player development program in 2008, boosting funding by a reported 50 per cent the following year before opening a sprawling new national campus in Orlando, Florida, in 2016. Source: CNA