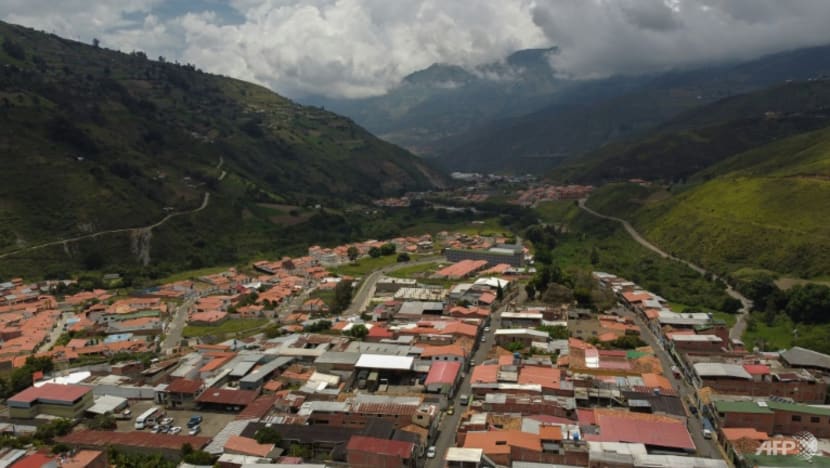 Dogs, drones and a happy ending for Venezuela's rescued 'fanatics'

LA GRITA: Maria Villamizar feared the worst when she learned 16 people had vanished in Venezuela's mountain town of La Grita, a famous meeting point for Catholic pilgrims near the Colombia border. "It was shocking because we had never heard of something like this here," Villamizar, a government employee in the farming town of 90,000, told AFP on Friday (Sep 9). More than 160 police officers aided by dogs and drones were deployed to find the group after they went missing on Aug 22, when they set off for a religious retreat, leaving their cell phones behind to avoid being disturbed. Local media labeled the group "religious fanatics" and a cult of "extraterrestrials" who were waiting for "the end of the world". Officers searched for days in the mountains before announcing on Thursday that the group, which included a 20-day-old baby, had been located and were safe and sound on a farm called El Rodeo. Agents showed the group videos on their phones of locals expressing concern about them, said Yesnardo Canal, a local police officer. "The children, innocently, said they had become famous, but the adults were ashamed," and many apologised, Canal said. "They were surprised. The last thing they thought was that all this commotion was happening." All 16 were transferred back to La Grita early Friday and have undergone medical and psychological examinations, police said. The news triggered relief across La Grita. Source: CNA #Venezuela