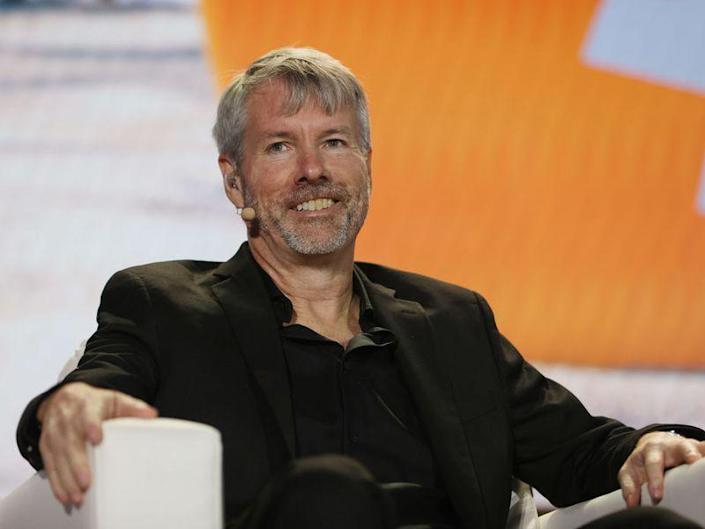 MicroStrategy (MSTR), a software developer that has become a corporate bitcoin (BTC) vault, plans to sell up to $500 million of stock to fund more purchases of the cryptocurrency. A Friday filing with the U.S. Securities and Exchange Commission revealed the stock offering, which will be for “general corporate purposes, including the acquisition of bitcoin.” The timing stands out because it's the first tangible sign that founder Michael Saylor, who recently stepped down as CEO to become executive chairman and focus on buying bitcoin, really is not backing off his audacious plan to turn MicroStrategy into a crypto proxy. Since 2020, he's used money raised from stock and bond offerings to purchase about 130,000 bitcoin, worth more than $2 billion. MicroStrategy's stock has, as a result, become tethered to the price of bitcoin – resulting in a $1.2 billion loss on the bitcoin bet given this year's plunge. But the shares surged 12% Friday as bitcoin jumped almost 10%. The stock fell about 1.5%, though, in after-hours trading following the announcement of the stock offering, which will dilute the value of existing shares. Cowen and BTIG, two of the most-prominent investment banks that covers crypto-related stocks, are leading the stock offering. Saylor and MicroStrategy were recently sued by the District of Columbia for allegedly evading taxes on Saylor’s earnings in the district. Source: Coindesk #Bitcoin