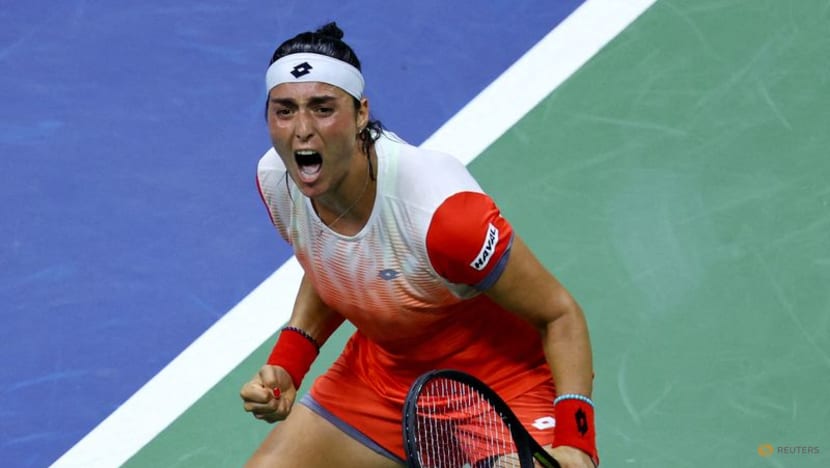 NEW YORK : Tunisian Ons Jabeur is ready to turn her Wimbledon nightmare into a U.S. Open dream, reaching her second straight Grand Slam final on Thursday with the tools she needs to go all the way. The fifth seed had a one-set head start on Kazakhstan's Elena Rybakina at the All England Club but her icy cool gave way to boiling frustration as her form unraveled and she let the win slip through her fingers at the grasscourt major final. Two months later, Jabeur said she is far more confident in her latest attempt at a maiden major title, after ending Caroline Garcia's hot streak 6-1 6-3 to book a spot in Saturday's final against world number one Iga Swiatek. "Just going to that (Wimbledon) final was really tough for me, especially the second set," said Jabeur, the first African woman to reach the final in Flushing Meadows in the Open Era. "But then I feel like this final, I'm going full in, I'm going for everything." Jabeur, who only picked up her first WTA win a little more than a year ago, said she's thriving on the credibility she's earned with fans and focusing on managing her stress on the court. "Feels more real, to be honest with you, just to be in the finals again," she told reporters. "(I'm) just happy the fact that I backed up the results in Wimbledon and people are not really surprised I'm in the finals, but just going and going and just doing my thing." She faces the tall task of taking down world number one Iga Swiatek on Saturday, after the Pole survived a 3-6 6-1 6-4 battle against Belarusian Aryna Sabalenka. Swiatek beat Jabeur in their most recent meeting, the Rome final in May, amid an extraordinary 37-match winning streak in which she collected her second Roland-Garros title. "Iga never loses finals, so it's going to be very tough," said Jabeur. "It's going to be tough match. Definitely going for my revenge. I love playing on this surface, and I feel like I know exactly what to do against her." Source: CNA