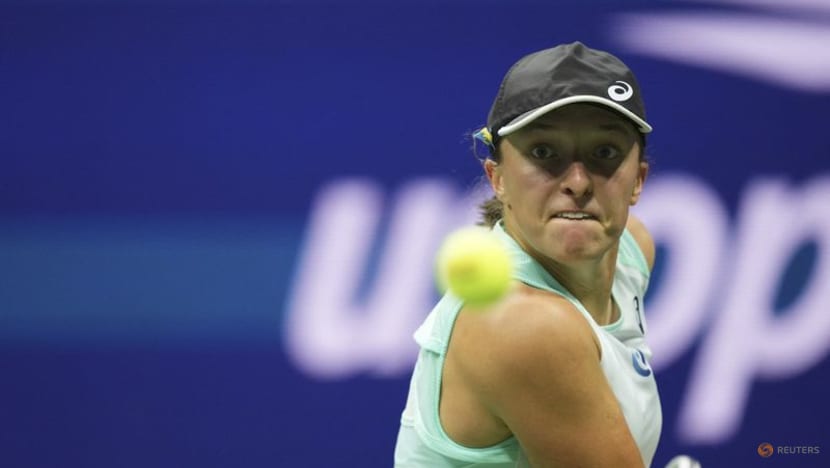 Swiatek goes all in to reach U.S Open final

NEW YORK : Iga Swiatek threw caution to the wind after tentative play left her down a set against Aryna Sabalenka in their U.S. Open semi-final on Thursday. After coming out tight, the world number one began to swing more freely in the second and third sets, matching the Belarusian's power to emerge with a 3-6 6-1 6-4 victory and a spot in Saturday's final against Ons Jabeur. "I needed to go all in to change the momentum," she told reporters. "I felt a huge difference between the first set and the last two. I'm pretty happy that I got my level of energy up a little bit." Sabalenka said she could feel the difference on her side of the net too. "She was playing aggressively, and I was trying to stay in the game, which was my mistake," she said. "I should just go for it." The 21-year-old Swiatek said learning to keep her composure even when her back is against the wall has been the most meaningful area of growth in her game. "Earlier I felt like my emotions were taking over and I was panicking a little bit when I was losing," she said. "Right now it's just easier for me to logically think what I can change. And I feel like I have more skills to do that and more than one type of way to play. "I'm pretty happy that it changed because I think that's basically the most important thing on the highest level." The two-time French Open champion said she is still learning to trust herself on the fast North American hard courts, where she struggled in tune-up events prior to coming to New York, after going on a 37-match winning streak earlier in the year. "I trust myself for sure on clay, and maybe also other surfaces," she said. "Here I just try to accept maybe that sometimes I'm not going to trust myself, and I still need to prove myself in a couple of matches against heavy hitters." Source: CNA