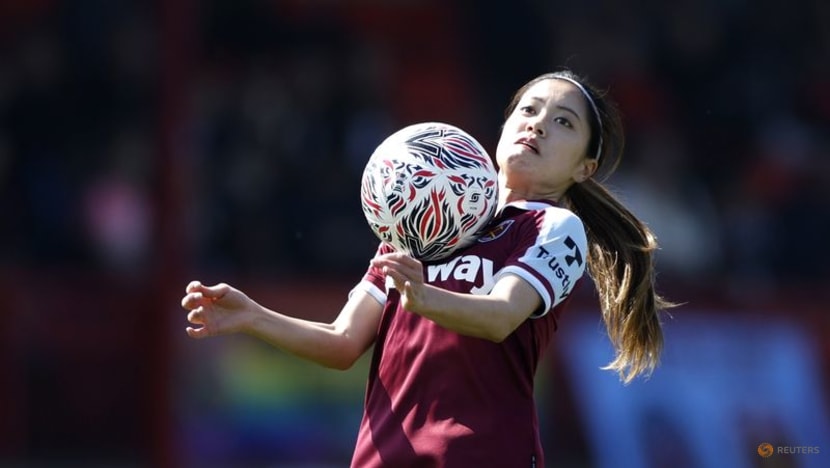 Japan international Yui Hasegawa has joined Manchester City from West Ham United on a three-year deal, the club said on Thursday, ahead of the start of the new Women's Super League season in England. Hasegawa joins City after spending a year at West Ham. She has played 58 times for Japan since her debut in 2017, having represented her country at the World Cup, Asian Cup and the Olympic Games. The 25-year-old is the first player from Japan to play for Gareth Taylor's team. Arsenal's Mana Iwabuchi is the only other Japanese player in the Women's Super League. "It has been a big dream of mine to come to Manchester City to play football, so I am very happy to be here," she told the club website. "People see me as an attacking player, but I also want to be known for my defending and unpredictability. I may be small, but I am strong, and I want to show that." City have had a huge close season upheaval, losing several high-profile players including Ellen White to retirement, while Lucy Bronze, Georgia Stanway, Caroline Weir and Keira Walsh all departed. The team, who finished third last term, begin their new campaign with a home game against Arsenal on Sunday. Source: CNA #ManchesterCity