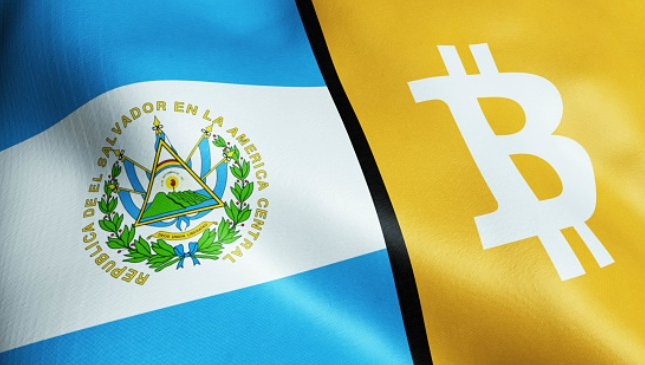 A Year On, El Salvador's Bitcoin Experiment Is Stumbling

A year after El Salvador adopted bitcoin as legal tender, the area where the world's first cryptocurrency city was meant to be built - a circular metropolis powered by a volcano - is still dense jungle. President Nayib Bukele had promised that "Bitcoin City" would be a tax haven for crypto investors and miners equipped with an airport, residential and commercial areas, and a central plaza designed to look like a bitcoin symbol from the sky. "Invest here and make all the money you want," he said dressed all in white and wearing a reversed baseball cap, in front of hundreds of bitcoin enthusiasts in November 2021. But on a recent visit to the area in the shadow of the Conchagua volcano in the east of the Central American country, Reuters found no heavy machinery, construction workers, or raw materials to indicate any progress towards building this grand symbol to bitcoin. To many it has become, instead, a symbol of folly as bitcoin has crashed. "This experiment has been very risky, too risky for a poor country," said Oscar Picardo, director of the Institute of Science, Technology and Innovation at the private Francisco Gavidia University. "It has been seen that (bitcoin) is a very speculative, highly variable financial asset," he added. A major part of the problem is that the drop in the value of bitcoin and other cryptocurrencies has alienated investors. When El Salvador, one of the poorest countries in Latin America, adopted bitcoin as legal tender on September 7, 2021, the cryptocurrency was close to $47,000. A year later, it is worth less than half and on Tuesday was trading at around $19,770. The Bukele government declined to comment for this story but has defended doubling down on bitcoin -including the acquisition of 2,381 bitcoins- assuring it is a long-term plan. It says its bitcoin policy has attracted investment, reduced bank commissions to zero, increased tourism and promoted financial inclusion. But the price drop has elevated El Salvador's financial risk, complicating its search for funds to pay 1.6 billion dollars of sovereign bonds due in 2023 and 2025. The International Monetary Fund has called on El Salvador to reverse bitcoin's status as legal tender citing financial, economic and legal concerns; complicating a deal with the lender. The use of the cryptocurrency has also failed to catch on, experts said. Source: NDTV #ElSalvador