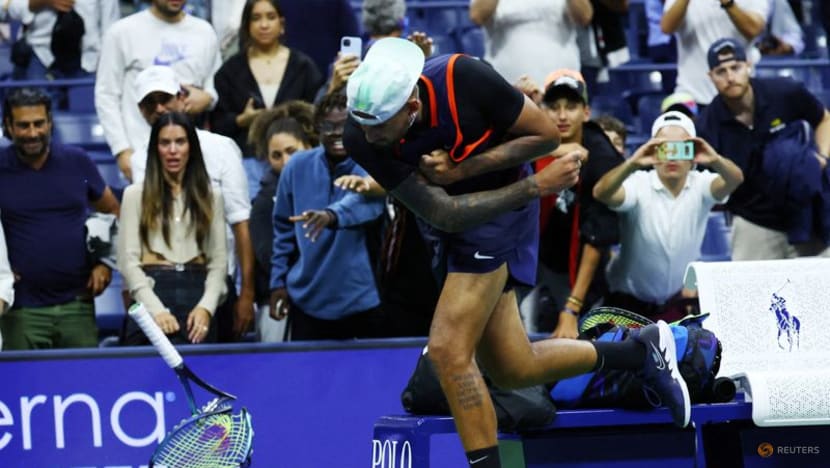 Kyrgios fined again at US Open

By Rory Carroll NEW YORK : Nick Kyrgios was fined $14,000 for unsportsmanlike conduct following his U.S. Open quarter-final loss to Karen Khachanov on Tuesday where the fiery Australian demolished two rackets after the defeat. The fine was the largest leveled by the tournament so far this year and brings Kyrgios' total up to $32,500 for his five offenses in New York. The money will be automatically deducted from the $473,200 Krygios earned - $445,000 for singles and $28,200 for doubles - at the year's final Grand Slam. Kyrgios, who defeated world number one Daniil Medvedev in the Round of 16 at Flushing Meadows, said he felt like his efforts in New York counted for nothing after losing to Khachanov. "All people remember at a Grand Slam is whether you win or you lose," he told reporters. "Just feel like it was either winning it all or nothing at all, to be honest. I feel like I've just failed at this event right now." Source: CNA