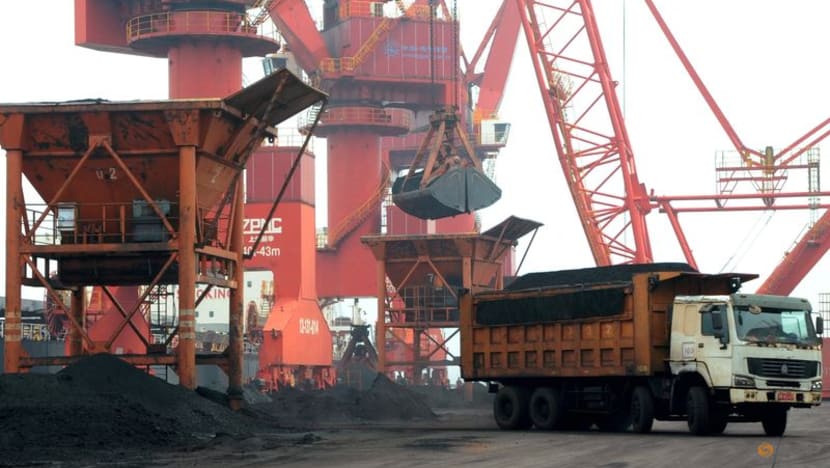 China's August coal and copper imports not as strong as they look: Russell

LAUNCESTON, Australia : China's imports of major commodities were mixed in August, with ongoing weakness in crude oil and natural gas but strength in coal and copper. However, where recovery was evident, probably temporary factors were driving it, rather than any underlying resurgence in demand. The world's second-largest economy continues to struggle with the effects of its strict COVID-19 lockdowns and an embattled property sector. The standout performer was coal, with customs data on Wednesday showing imports of 29.46 million tonnes in August, up 25.3 per cent from the prior month and 5.03 per cent from a year earlier. The August figure was the highest this year, although imports for the first eight months of 2022 were still down 14.9 per cent from the same period last year, reflecting a weak first half. The driver for higher coal imports was China's heatwave and drought, the former driving up power demand for air-conditioning and the latter restricting hydropower generation, with coal-fired power having to make up the shortfall. It's also interesting to note that the rise in coal imports appears not to have come from the seaborne market, with both Refinitiv and commodity analysts Kpler showing relatively stable arrivals at ports in August from July. Refinitiv estimated August seaborne coal imports at 23.27 million tonnes, in line with July's 23.22 million, although it's worth noting that the past two months were the strongest for seaborne imports since August 2021. Kpler estimated August seaborne arrivals at 22.69 million tonnes, down a touch from July's 23.95 million. The steady picture for seaborne arrivals implies that China's overland imports from neighbouring Mongolia and Russia have likely picked up in recent weeks. Mongolia supplies mainly coking coal, used to make steel. Given that China has yet to resume importing coking coal from Australia, the world's largest shipper of that grade, it's not surprising China has been buying more from its northern neighbour. One reason for China turning more to Russian coal is that it has become available at a steep discount, as European and Japanese buyers have shunned cargoes in the wake of Moscow's invasion of Ukraine. Source: CNA #China