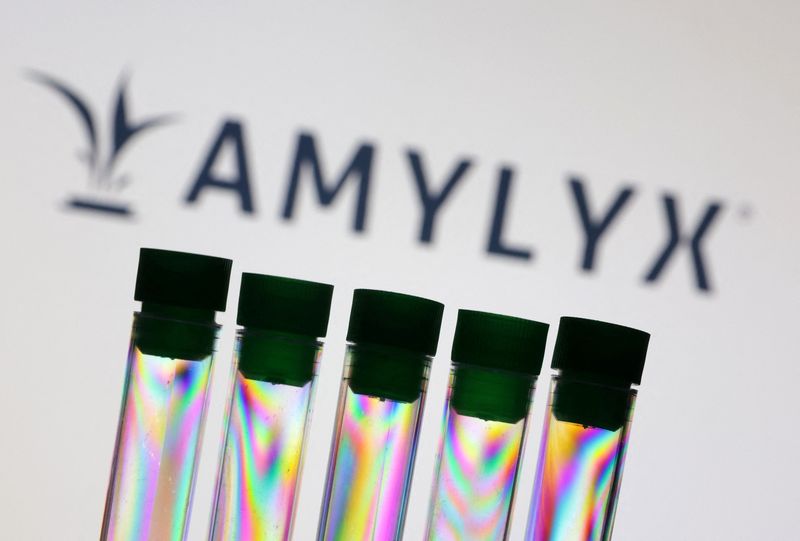 By Mrinalika Roy and Leroy Leo (Reuters) -Amylyx Pharmaceuticals Inc's drug for amyotrophic lateral sclerosis (ALS) on Wednesday secured the support of external advisers to the U.S. Food and Drug Administration, months after the panel rejected it over issues with trial data. In a rare second meeting, the FDA panel voted 7 to 2 in favor of the oral drug, AMX0035, citing the unmet need for more treatments against the fatal neurodegenerative condition commonly known as Lou Gehrig's disease. The panel in March declined to recommend FDA approval for AMX0035, blaming a lack of "substantially persuasive" data from a mid-stage trial showing the drug's effectiveness against ALS. Since then, however, the company has provided new analyses estimating AMX0035 could extend life expectancy by nearly 10 months compared with placebo, along with biomarker data from a study in Alzheimer's disease. That prompted the FDA to defer its decision. ALS, whose cause is largely unknown, breaks down nerve cells in the brain and spinal cord. It affects more than 31,000 patients in the United States, according to CDC data from 2017. "ALS moves rapidly, is 100% fatal and has no meaningful treatment ... a drug that extends life, whether by 6, 10 or 18 months, has more than demonstrated sufficient evidence of effectiveness," said 41-year-old Ben Wallace, who was diagnosed with ALS in 2018. Average life expectancy after diagnosis is two to five years. Dr. Liana Apostolova, one of the voting members, said that the new confirmatory evidence is not "clinically persuasive, but nonetheless is quite reassuring." The FDA typically follows the panel's recommendations, though it is not obligated to. The decision is expected by Sept. 29. "AMX0035 has the opportunity to be a meaningful new treatment option for physicians and the ALS community in the fight against ALS. We look forward to the FDA completing their review," Amylyx co-CEOs Josh Cohen and Justin Klee said in a statement. Source: Investing.com #Amylyx