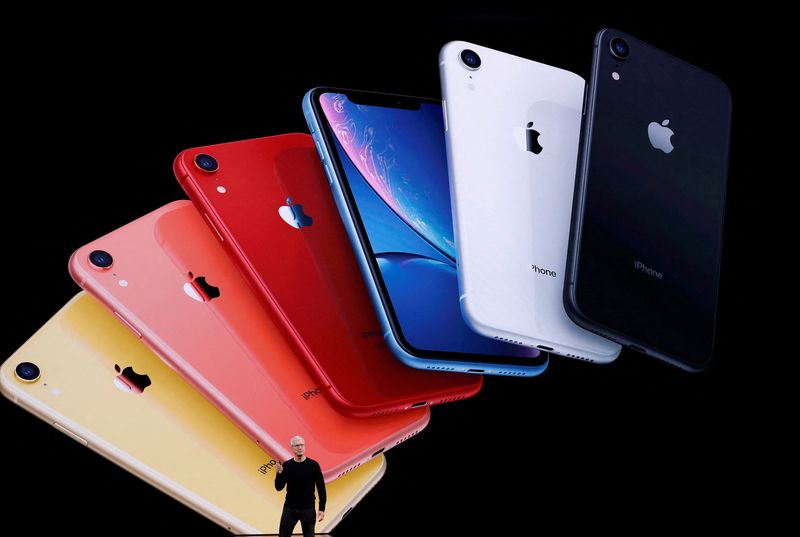 By Stephen Nellis (Reuters) -Apple Inc on Wednesday avoided price hikes of its best-selling iPhones during its biggest product launch of the year, focusing on safety upgrades rather than flashy new technical specs with the exception of a new adventure-focused watch. The iPhone maker leaned into safety technologies like the ability to detect a car accident and summon a rescue from a remote mountaintop to add allure to its devices. Apple (NASDAQ:AAPL) positioned itself as the brand to allow users to pursue excitement and adventure - with a safety net. Such intangible features "are the things that make you not just want the products for yourself, but also for loved ones," said Ben Bajarin, head of consumer technologies at Creative Strategies. "Ultimately, the increased emphasis on safety - safety as a service - is super interesting as a value proposition." The iPhone lineup that generates half of Apple's sales got tweaks to cameras and battery life, though only the iPhone Pro lineup got an upgrade to a completely new processor chip. Prices of the high-end iPhone 14s are the same as last year's iPhone 13 models. But Apple dropped its cheapest option, the iPhone Mini, meaning its lowest-priced model now costs $100 more than last year. The iPhone 14 will start at $799 and the iPhone 14 Plus at $899 and be available for preorder starting Sept. 9. The iPhone Pro will cost $999 and the iPhone Pro Max $1,099 and be available Sept. 16. "They decided to essentially maintain pricing despite inflationary pressure," said D.A. Davidson analyst Tom Forte. Nintendo and T-Mobile have also said they will hold off on price increases. Apple said its satellite SOS feature will work with emergency responders. It also said that users will be able to use its FindMy app to share their location via satellite when they have no other connectivity. The service will be free for two years with the iPhone 14. Apple did not say what would happen after that period. Shares in Globalstar (NYSE:GSAT) Inc jumped 20% on Wednesday after the satellite services firm announced it will be the satellite operator for Apple's emergency SOS service. The Cupertino, California-based company also showed a trio of new Apple Watches, including a new Watch Ultra model aimed at extreme sports and diving and designed to challenge sportswatch specialists such as Garmin (NYSE:GRMN) and Polar. Source: Investing.com #Apple