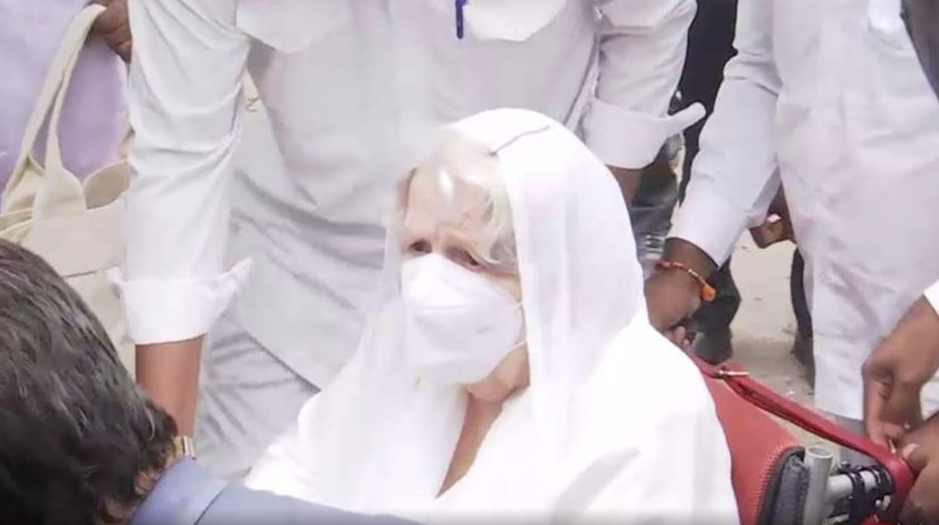 The last rites of former Tata Sons Chairman Cyrus Mistry were performed today at the Worli crematorium at 11 am. Among the attendees was Ratan Tata’s stepmother, Simone Tata. Her presence at the funeral assumes importance, considering the acrimonious fallout between the Tatas and Cyrus Mistry. Mistry was unceremoniously ousted from the company, which was followed by a bitter court battle that went in the favour of the Tatas. It must be mentioned here that while Simone Tata attended the funeral, and Tata Sons Chairman N Chandrasekaran and TCS issued statements on the passing of Cyrus Mistry, nothing has been said by Ratan Tata. “I am deeply saddened by the sudden and untimely demise of Cyrus Mistry. He had a passion for life, and it is really tragic that he passed away at such a young age. My deepest condolences and prayers for his family in these difficult times,” said Chandrasekaran, who was appointed in 2017 after Mistry’s ousting. TCS issued a statement too and said, “Tata Consultancy Services mourns the untimely demise of our former chairman, Cyrus Mistry. He was a warm, friendly, and congenial person who built a strong relationship with the TCS family during his time as the Chairman of the company. We offer our deepest condolences and prayers to his family and friends in their time of loss.” Following his ousting, Mistry had appealed to the National Company Law Tribunal, challenging the manner in which he was ousted. But the tribunal ruled that the board and majority shareholders had lost confidence in him. He then successfully appealed in the National Company Appellate Tribunal but the Supreme Court eventually sided with the Tatas. Cyrus Mistry is survived by his wife Rohiqa, sons Firoz and Zahan, mother Patsy Mistry, sisters Laila Rustom Jehangir and Aloo Noel Tata, and brother Shapoor Mistry. His sister Aloo is married to Noel Tata, Simone Tata’s son. Source: BusinessToday