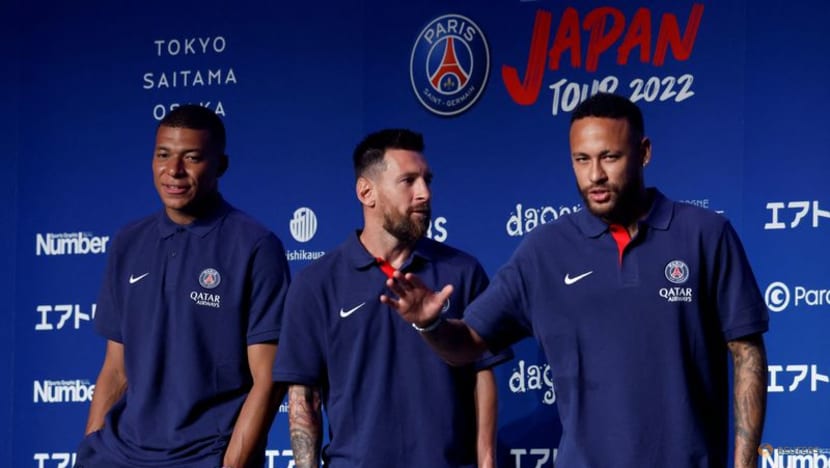 MNM trio will need to accept sitting on the bench, says PSG coach

PARIS : Paris St Germain will need all their resources if they are to shine on all fronts this season, and it means that their formidable 'MNM' attacking trio will need to take a break at times, whether they like it or not. While Mauricio Pochettino would rarely replace Lionel Messi, Kylian Mbappe or Neymar, his successor Christophe Galtier has not hesitated to put the Brazilian on the bench on Saturday, three days before their Champions League opener against Juventus. Neymar came on around the hour mark but it was Mbappe who made way for his fellow forward in their 3-0 win at Nantes and the France player did not show any sign of frustration. Messi is the one who played the most among the three, although he was also recalled to the bench in the closing stages against Monaco and Toulouse. Galtier, who took over this season, had warned that the team would come first, and he has been true to his word as PSG scored a record 24 goals in their opening six league matches. "I talked about it twice - once with each of them and once with the whole squad, to tell them that this is how it was going to be and that we had to have the right attitude and accept it," said Galtier. With a packed schedule with the World Cup looming in the European autumn, Galtier said there was little choice. "You say it's new, but it's an obligation for everyone because of the very busy schedule," he explained. "We play a lot, every three days, then every four days, then there is the World Cup. Everyone has to understand that they won't be able to play all the games." Centre back Sergio Ramos was also given a relative rest against Nantes, only coming on in the 62nd minute. "Everyone has to be ready to play. The most important thing is the team. We have quality in both the starters and the substitutes," said centre back Presnel Kimpembe. Source: CNA