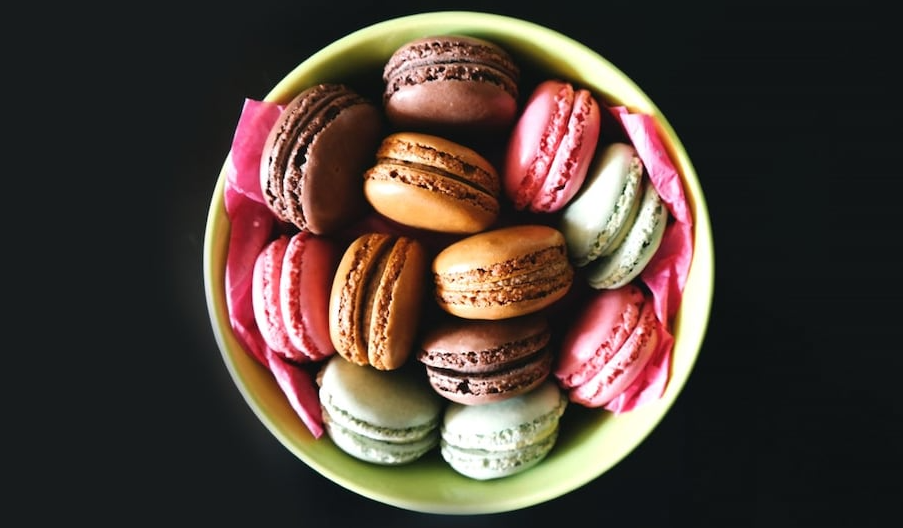 Sweet Surrender: Why is everyone eating French macarons in India?

Baby pink, sunset yellow, mint green – a box of macarons in an array of jewel colours are a visual treat even before one gets a taste. The original French macaron has been more visible than ever on Indian coffee tables and dessert stands. Last year, the French bakers, Ladurée, who are known to have the authentic macaron recipe, entered India. They also have rapid plans for expansion. This means we will get to see and eat more of these dessert biscuits than ever before. Macarons are already visible at fancy weddings and parties and are fast replacing chocolates and sweets as festival gifts in India. Earlier, the French macaron, travelled to India with the Portuguese and got naturalised in Tamil Nadu bakeries. Bakers substituted the traditional almond meal with flour made of the locally available cashew and the Tutikorin Macaron was born. A brief history of the French macaron The traditional French macaron is made with egg white, icing sugar, granulated sugar, almond meal and food colours. The flavours match the colours as well. For instance, a pink macaron is naturally expected to be a rose-flavoured one. The culinary bible, Larousse Gastronomique, cites the macaron as being created in 1791 in a convent near Cormery in central France. Some have traced its French debut to the arrival of Catherine de Medici as her Italian chef introduced the macaron to during the Renaissance. The macaron won instant fame as a sweet indulgence. Another nugget of history traces the macaron to two Carmelite nuns who sought asylum in Nancy during the French Revolution. They baked and sold the macaron cookies to pay rent. These nuns came to be known as the ‘Macaron Sisters’. It was in the 1830s that macaron, as we know it today, came alive as two crisp biscuits with a filling of jams, liqueurs, ganache and spices. Originally called the ‘Gerbet’ or the ‘Paris macaron’, this exotic version of the macaron was created by the legendary Pierre Desfontaines of the French pâtisserie Ladurée. Source: BusinessToday