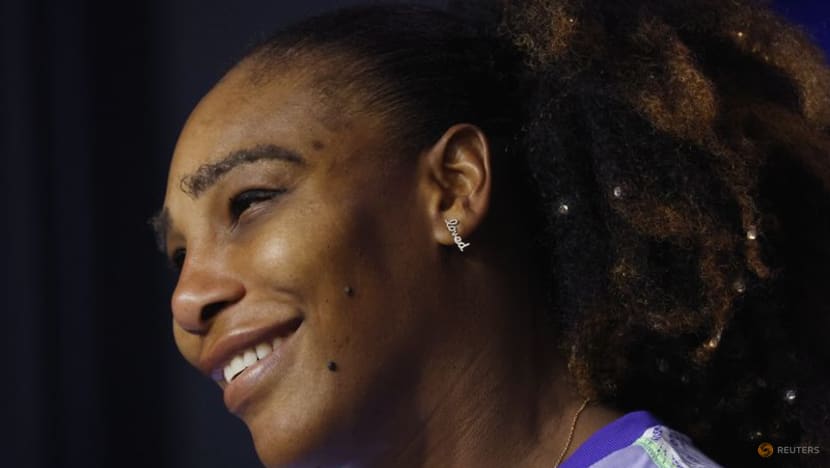 'Fighter' Serena proud of change she brought to sport

NEW YORK: Serena Williams said she wanted to be remembered as a fighter and was proud of the impact she had on tennis as she most likely dropped the curtain on her historic career at the US Open on Friday (Sep 2). "The fight, I'm such a fighter," she said when asked how she wanted to be remembered following her 7-5 6-7(4) 6-1 third round loss to Ajla Tomljanovic, in what she has indicated was her final match. "I feel like I really brought something to tennis, a different look, the fist pumps, the just crazy intensity. Passion is a really good word," she told reporters. Serena and sister Venus took the tennis world by storm when they emerged from the courts of crime-ridden Compton, California as teenagers and went on to dominate and change the face of the predominantly white sport. On the court, she thanked her family, friends and fans for an "incredible journey". "Honestly I am so grateful that I had this moment and that I'm Serena," she told reporters. The 23-time Grand Slam champion singled out the 2015 French Open, where she battled through serious flu symptoms to complete her second "Serena Slam" - four consecutive Grand Slam titles - as a career highlight. "That is definitely the one that I'm taking with me because I almost died in that event," she said. "Somehow I won. So that was pretty awesome." The 40-year-old mother to Olympia exceeded expectations at the year's final major, turning back the clock to beat world number two Anett Kontaveit and fending off five match points against Tomljanovic in an absorbing three-set battle. The undiminished power she displayed in New York led some to wondered whether she is really ready to "evolve away" from tennis to focus on growing her family and on her business interests, as she announced last month. Source: CNA