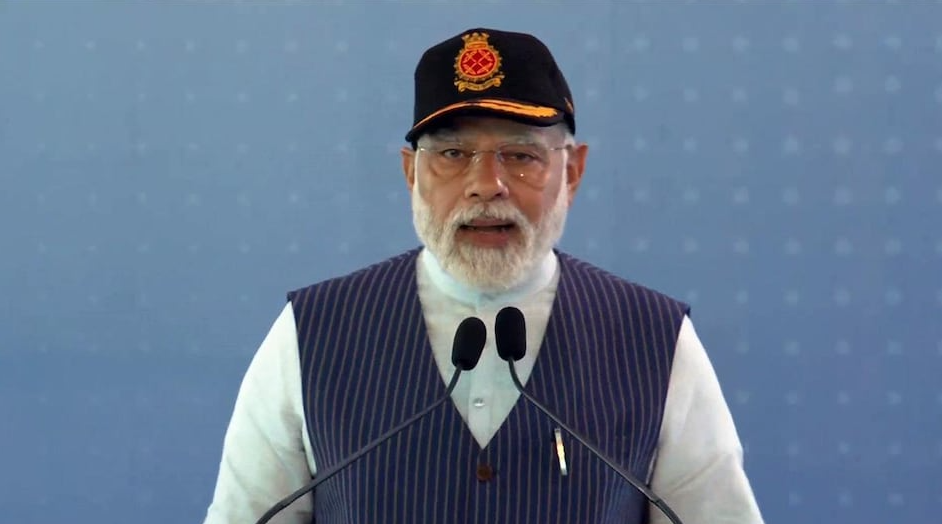 Prime Minister Narendra Modi commissioned India's maiden indigenously developed aircraft carrier INS Vikrant into the Indian Navy at Cochin Shipyard in Kerala on Friday. PM dedicated the aircraft carrier to Chhatrapati Shivaji Maharaj. The Prime Minister said, "Till now the identity of slavery remained on the flag of Indian Navy. But from today onwards, inspired by Chhatrapati Shivaji, the new Navy flag will fly in the sea and in the sky." He also exalted women power in the Indian Navy and noted, "When INS Vikrant descends to protect our maritime zone, many women soldiers of the Navy will also be stationed there. With the immense power of the ocean, boundless female power, it will become the identity of New India." Top points to know about India’s first domestically made aircraft carrier 1. The INS Vikrant will feature the new white ensign from its commissioning. 2. The new ensign is octagonal in shape with a golden border and incorporates the royal seal of Chhatrapati Shivaji Maharaj’s naval fleet. 3. The INS Vikrant, designed by Indian Navy’s Directorate of Naval Design and built by public sector shipyard CSL, has been developed at a cost outlay of Rs 20,000 crore. 4. The Rs 20,000 crore aircraft carrier is 262 metre-long, weighs 45,000 tonnes, powered by four turbines, churns out a maximum speed of 28 knots and 88 MW power. 5. The aircraft carrier is designed for a crew of around 1,700 people and houses 2,300 compartments. It also has special cabins for women officers. 6. Besides this, it can also carry 1,750 sailors and has 270 lights for night landing. 7. It houses a flight deck and parking for six helicopters and 12 fighter jets apart from weapons. 8. The aircraft carrier is constructed using specialty steel provided by Steel Authority of India Limited (SAIL). The company also supplied 30,000 tonnes of DMR plates. 9. Industrial houses like Bharat Electronics Limited (BEL), Bharat Heavy Electricals Limited (BHEL), Garden Reach Shipbuilders and Engineers Limited (GRSE), Keltron, Kirloskar, Larsen & Tuobro, Wartsila India and over 100 MSMEs have provided a humongous amount of domestically-made equipment and machinery. Source: BusinessToday