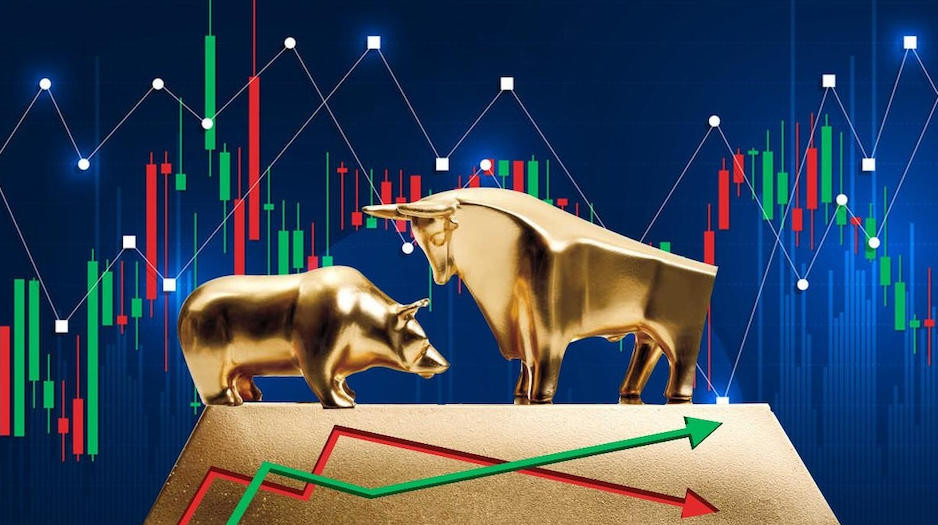 Bulls vs Bears: Here's what to expect on Dalal Street today

Benchmark indices closed lower on Thursday amid weak global cues and a sell-off in IT stocks. Sensex fell 770 points to close at 58,766 and Nifty declined 216 points to settle at 17,542. Reliance Industries, TCS, Sun Pharma, Tech Mahindra and HUL were the top Sensex losers, falling up to 2.99 per cent. Bajaj Finserv, Asian Paints and Bharti Airtel were the top Sensex gainers, rising up to 2.58 per cent. IT, oil and gas and metal shares were the top sectoral losers with their BSE indices falling 484 points, 359 points and 298 points, respectively. However, mid-cap and small-cap indices rose 145 points and 138 points, respectively. Market breadth was positive with 1,953 stocks ending higher against 1,472 stocks falling on BSE, while 153 shares were unchanged. Here's a look at what analysts said about the direction the market is likely to take today. Nagaraj Shetti, Technical Research Analyst, HDFC Securities "The short-term trend remains range bound with high volatility. There is a possibility of an upside bounce from near the lower support of 17,350-17,300 levels in the short term. Immediate resistance is placed at 17,650 levels." Deepak Jasani, Head of Retail Research, HDFC Securities "Global sentiments have been able to halt the rallies in India over the past few weeks, though the broader market seems positive. 17,696-17,345 could be the band for the Nifty in the near term." Rupak De, Senior Technical Analyst, LKP Securities "The momentum indicator is in a bearish crossover indicating bearishness. On the lower end, 17,400 may continue to act as crucial support, below which the index may become weak again. On the higher end, resistance is visible at 17,700." Source: BusinessToday