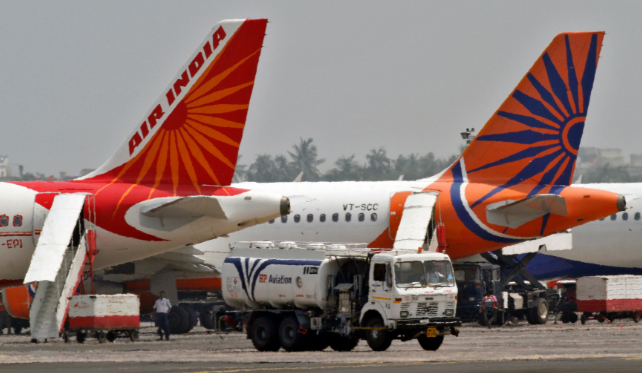 The government raised taxes on jet fuel exports to 9 rupees per liter from 2 rupees per liter, a notification said. The government also hiked the windfall tax for domestically produced crude oil from 13,000 rupees per tonne to 13,300 rupees per tonne, according to the notification. According to a notification from the finance ministry released on Wednesday, at the fourth fortnightly review, the government increased the windfall profit tax on the export of diesel to ₹ 13.5 per litre from ₹ 7, and on the export of jet fuel, or ATF (Aviation Turbine Fuel), it was raised to ₹ 9 per litre from ₹ 2. The tax on exports has climbed as margins have increased, but the tax on local oil output has increased slightly due to minute changes in global oil prices, predictions of a price increase, and hopes that OPEC and its allies will reduce production. On July 1, India introduced its first windfall profit tax, joining an increasing number of countries that tax energy companies' higher-than-average profits. The profit margins of both oil producers and refiners have declined since then due to the cooling of the global oil market. On July 1, export taxes of ₹ 13 per litre for fuel and ATF and ₹ 6 per litre ($12 per barrel) for dieseland ATF were imposed ($26 a barrel). On domestic crude output, a windfall profit tax of ₹ 23,250 per tonne (about $40 per barrel) was also imposed. After that, on July 20, during the first fortnightly review, the ₹ 6 per litre export duty on diesel was eliminated, and the ₹ 11 and ₹ 4 export taxes on diesel and jet fuel (ATF), respectively, were each reduced by ₹ 2. Additionally, the tariff on crude produced domestically was decreased to ₹ 17,000 per tonne. Due to a decrease in refinery margins or cracks, the export tax on ATF and diesel was eliminated on August 2. But in response to a little increase in global crude oil prices, the tax on domestically produced crude oil was increased to ₹ 17,750 per tonne. On August 19, the export duty on fuel was raised to ₹ 7 per litre, and the tax on ATF was reinstated at ₹ 2 per litre. In line with the decline in crude oil prices, the tax on domestic crude oil production was reduced to ₹ 13,300 per tonne. Source: NDTV